From near death to new Dad 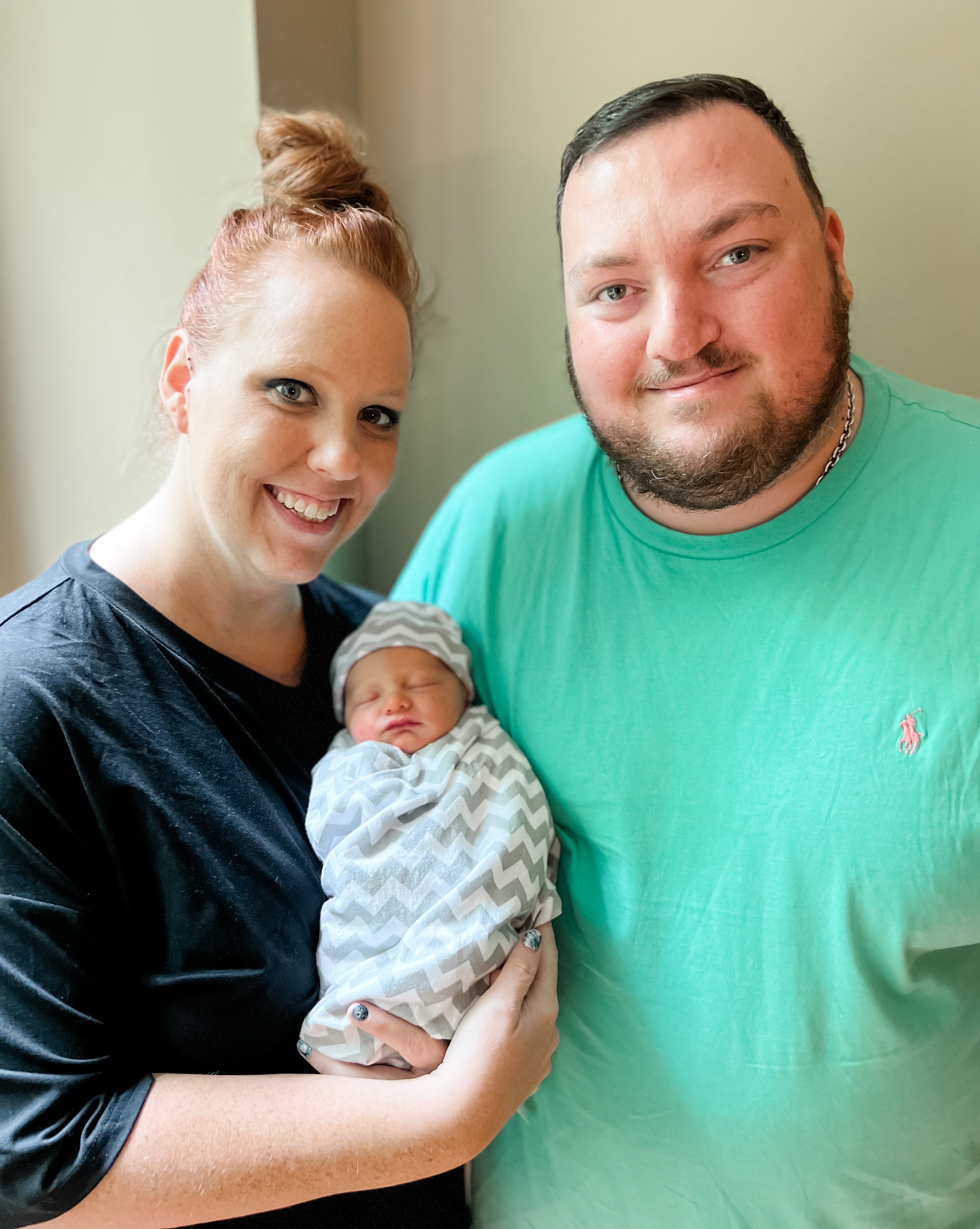 What a difference a year makes.

Last May, Micheal Kelso was hooked to a ventilator – motionless and dangerously close to death – in the Madison Hospital ICU.

Exactly one year later, he returned to Madison Hospital to celebrate becoming a father for the first time.

For Michael’s wife, Ashton, the arrival of baby Anthony Bowen Kelso was nothing short of a miracle after COVID nearly destroyed their family.

Rewind to April 2021. The virus was spreading fast across North Alabama; Micheal got sick along with thousands of others. His symptoms were mild at first, but when he started struggling to breathe Ashton got scared and drove him from their home in Priceville to the Madison Hospital ER.

Micheal was admitted to the hospital on April 21 and initially given supplemental oxygen through a nasal canula. That wasn’t strong enough, so the doctors put him on a BiPap machine. But the virus was relentless.

Less than 48 hours into his hospital stay, Micheal was crashing; doctors determined that a ventilator was his best chance for survival.

For 21 long days, he remained on the vent in a medically-induced coma. He developed a potentially fatal staph infection and a clot in his carotid artery. His fever spiked to 103 degrees.

Twice, Ashton was told that Micheal could die.

“It was devastating,” she says. “Here he is 31 years old and I’m 34. You don’t expect to deal with something like that at our age.”

Fortunately, Micheal had an army of specially-trained Madison Hospital caregivers on his side including ICU nurses, respiratory therapists, infectious disease experts, critical care pulmonologists and gastroenterologists. To lower his temperature, the medical team surrounded his bed with fans and ice packs and built a makeshift tent to keep the cool air from escaping, then arranged to borrow a high-tech cooling blanket from Decatur Morgan Hospital. And they tried different medications until they found a broad-spectrum antibiotic that brought Michael back from the brink.

Ashton says the medical team also recognized that Michael’s blood pressure readings improved when she was nearby and let her spend time at his bedside. She is fully vaccinated and wore protective equipment.

All told, Michael spent 32 days in the hospital and another two weeks at a local rehab facility. He returned home on June 4, 2021; in October, Ashton learned she was pregnant.

After witnessing the amazing care that Michael received at Madison Hospital, “there was never a question where I was going to have my baby,” Ashton said. “From the nurses to the doctors to the security officers and dietary services, everyone I encountered was just incredible.”

Baby boy Bowen – the couple’s first child – made his grand entrance on May 23, delivered by OBGYN James Morgan Tucker, MD. Mom, Dad and baby are now back home in Priceville and doing great.

“Being that close to death and having a miracle happen, it’s almost like a book,” Ashton says. “Now we can close that chapter and move on to celebrate our son being born.”

Madison Hospital is an affiliate of the Huntsville Hospital Health System